ITIL Key Concepts: An Overview Of Processes And Functions

Applying technology and Information in businesses make the work in the multiple domains in the industry much easier. Technology by far has evolved to such an extent that you can now just by click know all about the various data and figures that are flowing from various parts of the world. Numerous streams like Business Analytics, Information Technology department, Big Data Expert and many more domains are there in almost every big-weight companies.  Numerous functions such as framing policies and management decisions are taken with a set of advanced programs and software that is as per the latest trends of the industrial norms and standards.  Even the management and the decision maker of the companies are making use of the programs like Hadoop, Tableau,  Red Hat Linux and many more are applied to take up the correct decision in the arena of conceptualization and statistical interpretation that is benefitting the organizations by manifold.

The benefits that you get from all the technological configurations are the main reasons that you should definitely adopt ITIL if you want to go for smooth business dealings. This is the crucial concept that governs the establishment of Information Technology Infrastructure Library or in short, ITIL.  As mentioned earlier, the establishment of the Information Technology Department and the incorporation of the highly advanced program have led to the ease of operation in the daily industrial functioning. Apart from the comfort, this system of ITIL has led to the saving of much time and economy that the company had to make that same work to do it manually. ITIL also ensures that the tenets of the mechanical function are governed by the highest standard of quality and precision.  Check out the link

The concept of the ITIL and steps 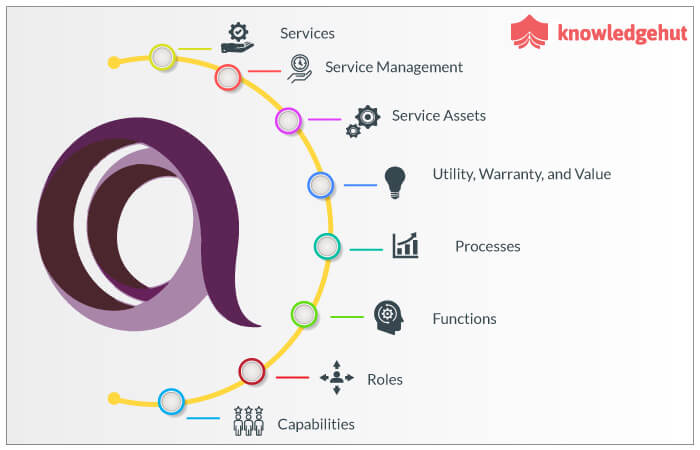 With constant upgrade and functioning of the whole idea of ITIL, the latest updates of the entire framework was put forward in the year 2011 which have profoundly become popular due to its ease of installation and configuration. By this latest terminology, you can divide the concepts and functions into the following categories:

Process and the Function that is involved in the whole deployment of ITIL
From the above points, you can now clearly understand the framework of the whole of ITIL that will help you to install the efficient system in your company. From there you can see that the main facets that are governing ITIL are the processes and the functions. They cover the various aspects such as the Release Management, Event Management, Capacity Management and many more that can be bundled up under the process and functional element

Now you can take a look into the process that are involved with the 2011 version of the ITIL.  These processes are also functions that are included in the whole system of ITIL. The only thing is that the process stands for the deployment while the service holds for the practical application of the below mentioned five stages. They are divided into five stages by the importance and position in the life cycle of the service:

Case Study of the whole scenario and its success story

If you want to go for the deployment of the ITIL service, then you can take an instance of the successful case study that was conducted on a reputed Energy Company that used the application of the ITIL to make its business a world-renowned one. This manufacturing company has a worldwide employee of 100,000 people. Its operational units were spread across the 100 countries over six continents. In the year 2004, the company was followed by many acquisitions and the merging of other small companies. These significant changes forced the company to take some altering business decisions to keep pace with the newer scenario.  Its different expansion in geographical length and massive trade made it necessary to reach a point of excellence and standards that would entirely satisfy the Global standard of operating an organization on a large scale.

Therefore, massive employment of the ITIL service was deployed. At first, the aim was to merge 430 data centers into a consolidated four mega data center. The model of business and IT service was to bring at par with the global standard, not the regional standard. The operational cost will also be reduced without affecting the precise level of output.  The target to reduce the operational cost was up to 25 percent. A three-year time was planned to achieve such mammoth task with the help of ITIL framework.

To achieve the entire target and meet the highest standard of global functioning and services, the company gave the responsibility to the ITIL team and the provider. The team identified four areas that need to be improved in this regard. These were- Problem, Incident, Release and Change Management that needed the upgradation.  For this, the company has to merge the new data centers into one mega-center by upgrading the technology of the prospective mega data centers and processes need to be deployed within two years. The final year would be the observation period for the implementation.

Within less than three years, the company overachieved its target and established the change it wanted in its operation. The uptime of the network increased by up to 97 percent and the smoothness in the transaction increased up to 99 percent. The operational cost was saved by up to 25 percent and 14 percent increase in the use of desktop and laptop where it was previously worked manually.

The benefits that are attached to the Information Technology Information Library are immense. It is advisable that if you are thinking of starting a company or already heading a company, then you can go for establishing an IT department deployed with the process of ITIL.

One thought on “ITIL Key Concepts: An Overview Of Processes And Functions”